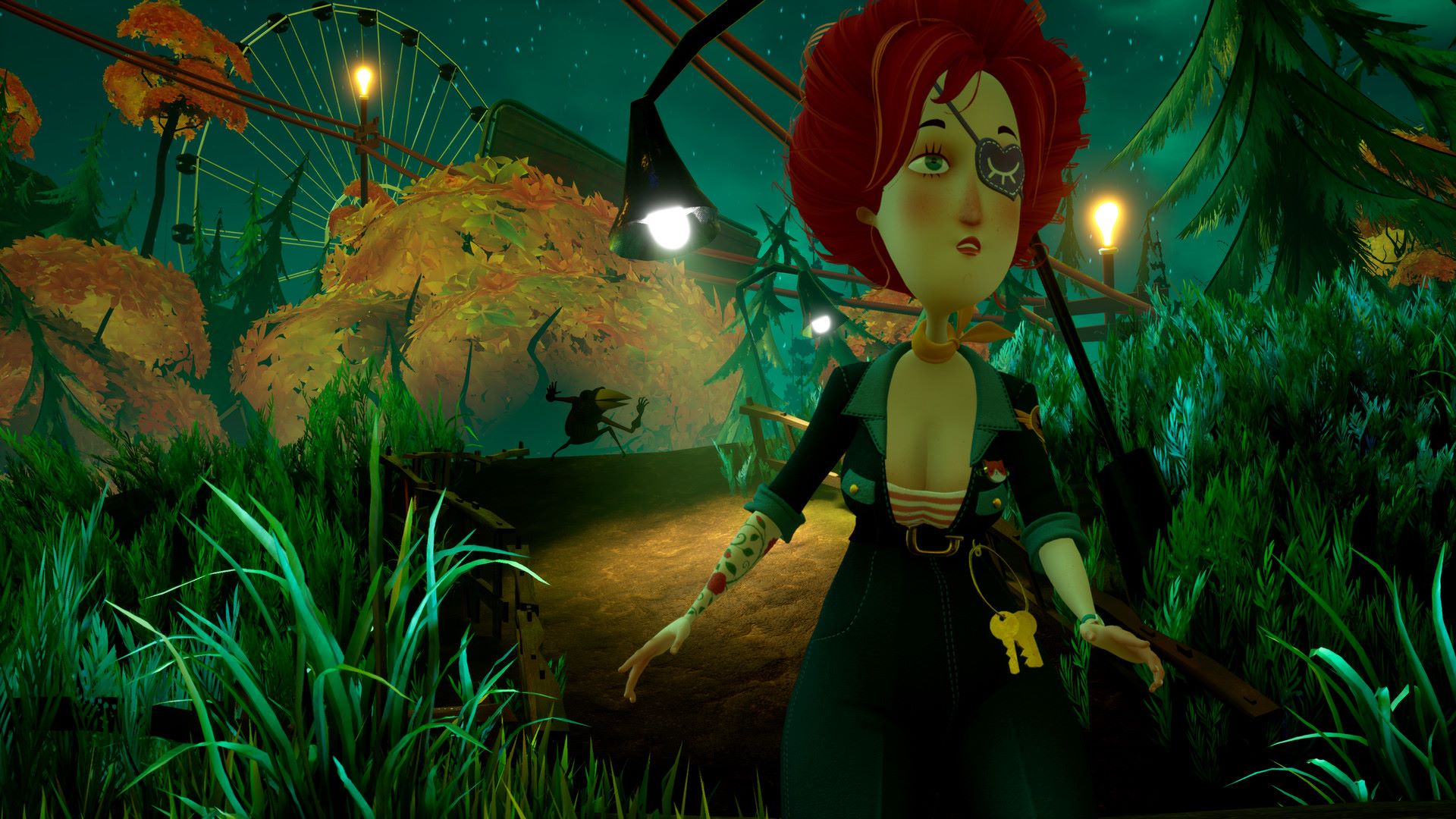 Hello Guest is the spin-off to Hello Neighbor. It is a horror game that requires you to outsmart a devious, artificial intelligence-based series of enemies to survive the Golden Apple Theme Park.

Hello Neighbor was so successful because the game acted with such magnificent artificial intelligence. In...[read more below]

GameQik.com is not an official representative or the developer of Hello Guest. Copyrighted materials belong to their respective parties. Users can get this game from the official links listed below. GameQik.com does not provide downloads or game files for this game.

Hello Guest is the spin-off to Hello Neighbor. It is a horror game that requires you to outsmart a devious, artificial intelligence-based series of enemies to survive the Golden Apple Theme Park.

Hello Neighbor was so successful because the game acted with such magnificent artificial intelligence. In that game, you tried to sneak into your neighbor's house by outsmarting the eponymous neighbor. The problem is that the neighbor was smart, and in many cases, quicker than you.

This game flips the script: Instead of serving as a burglar, you are the security guard, helping to protect the Golden Apple Theme Park. As you would expect, not all is well at Golden Apple: The theme park is haunted!

As the above description would indicate, the game seems to lean heavily onto the concepts of stealth and horror.

Orange and Green and Blue, Oh My!

It almost seems like a more colorful and haunted version of Hello Neighbor. There is no question that the color scheme presented in the trailer is unique and jarring. Muted greens and deep-hued blues contrast wildly with sunrise shades of orange, red, and yellow. The impact is disturbing, and that's the point.

Much of the game's soundtrack is was not available in its trailer, but if the trailer is any hint of what is to come, the music will be haunting, foreboding, and atmosphere-setting. This can only enhance the game if done right.

The game appears to allow players to take advantage of a variety of tools to complete their mission. For example, the announcement trailer demonstrates the use of a security camera that seems to have some pretty good zooming powers. This allows players to scope out their surroundings without venturing too far from their office.

Of course, you will have to move at some point, and that's where the sneaking comes in. As noted above, the enemies in this game learn from your play style. They will adjust their tactics accordingly and even go as far as to lay traps for you based on what they think you will do. This is fascinating and disturbing. You have to assume that you are playing against a human player. There is no other way to win, and in that sense, the game is not only horrifying but exhilarating.

Only available in demo, free and downloadable

At the moment, the game is only available in demo form. It is free and downloadable from off of the Microsoft Store, the game's website or Steam. tinyBuild, the same company which developed and published Hello Neighbor, is responsible for Hello Guest. The game premiered at the virtual version of E3.

Since the full game has not yet been released, the replay-ability of the game is still unknown. However, there's good news here: The game's artificial intelligence system has been improved upon, better than Hello Neighbor's robust version. This means the system will learn based on how you play. As such, it follows that you can play this game in many different ways. "If you change your tactics, the game will change theirs, giving you new strategies and techniques you can experiment with."

Use the official links below to get Hello Guest:

What do you love about Hello Guest?

What are your favorite things about Hello Guest? What needs improvement?

Let us know in the comments below